Born in Los Angeles CA, Leticia Lacy has been a professional working in animation for over 15 years. After receiving her BFA at UCSB with a focus on painting, she landed her first job on the "South Park" feature film. She went on to work for animation legends Genndy Tartakovsky at Cartoon Network and Craig McCracken at Disney. Sophisticated color design and background paint became her focus. Over the years, she lent her talents to Cartoon Network’s "Samurai Jack," "Star Wars Clone Wars," "Power Puff Girls," and Disney's "Tron." She was the production designer overseeing color and painting on Disney's "Wander Over Yonder." After that, she art directed the first season of Disney's "Billy Dilly's Subterranean Summer" which aired June of 2017. Moving into 3D, she art directed "Lucky," a CG animated Nickelodeon movie which premiered on the network in 2018. She even illustrated the Golden Book version of the "Lucky" movie for Random House. Afterwards, she art directed a series of specials called "Middle School Moguls" for Nickelodeon about girl entrepreneurs. She went on to developing a new cg look for the Rugrats Reboot. Currently, she does visual development on multiple upcoming shows in addition to writing and illustrating children's books. Her paintings and sculptures have shown in various art galleries in Los Angeles, Las Vegas, and Palm Springs. When not making art, she enjoys taking trips in her little vintage camper. 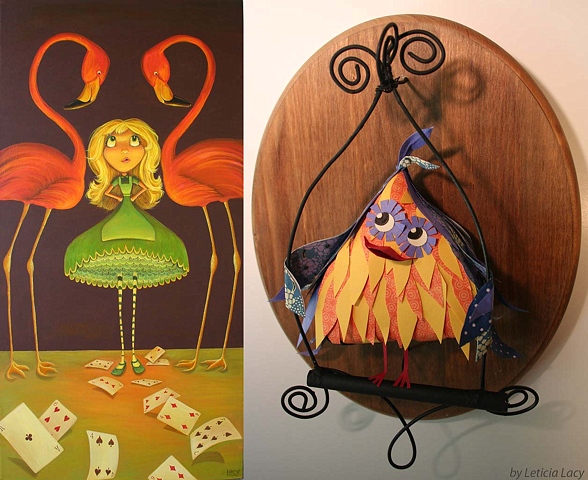